Mandy is a novelist and attorney. She is the author of the Grace Locke Legal Mystery series, including States of Grace and Friday Night in The Glades. In her spare time she indulges her reading vice and participates in ultramarathons, a sport much like novel writing in that it requires dedication and perseverance, not to mention a dash of madness. 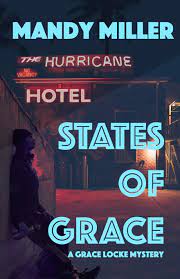 Disgraced prosecutor and disabled Army veteran Grace Locke is one misstep away from losing her law license for good. Fresh out of jail, living in a no-tell-motel, and eating ramen, Grace has no option but to turn to the dark side, defending the types of criminals she used to relish locking up. To make things worse, she's fighting the opioid addiction that got her in this mess in the first place. With few options to salvage her career, Grace schemes to defend a trust-fund teen accused of capital murder to pay the bills. But her plan has two flaws. One-Grace believes accused equals guilty. Two-the accused is the daughter of the beauty queen who stole Grace's husband.

Much to her surprise, Grace soon discovers her client may not be guilty after all. With the cops looking the other way and misdirecting her every step, the only explanation that makes sense to Grace is the dead guy was neck-deep in the criminal underworld. 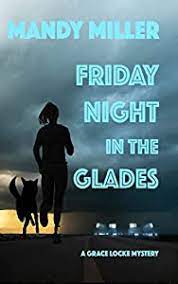 Mandy Miller has penned another page-turner of a mystery that pulls you in from the first page and doesn’t let go until the last. Friday Night In The Glades scores a touchdown that will leave readers wishing for overtime with Grace, Vinnie, and Miranda.

It’s been a long time since things were this good for disabled veteran Grace Locke—sober, with a successful law practice, a service dog as her constant companion, and a mobster/landlord to keep her in line, Grace regrets only one thing—her strained relationship with her best friend, Hachi. To mend fences, Grace accepts Hachi’s invitation to watch Ozz Gordon, Hachi’s nephew and football star, in the Glades Bowl, Florida’s high school Superbowl. But under the Friday night lights, an act of unspeakable violence derails Grace’s hopes of reconciliation, catapulting her into the dark side of high school football and the jaws of the drug cartels. Who knew the boy with so much to live for had even more to die for? Can Grace survive long enough to expose the underworld that seethes beneath the placid waters of the Everglades? Or will a good deed for a friend be her last?