"The thin, branched burns that uncoil from the heads and necks of lightning-strike victims are sometimes called lightning flowers. Fernlike, following the patterns of rain or sweat, they are rose-colored lightning bolts frozen onto the body, as beautiful as they are terrible. I will never know what my insides looked like after two thousand volts— if my tissue erupted into lightning flowers of the body cavity, a sudden bloom. What I do know is that the night I took three shocks to the heart I was marked, called into the world in a way I could not turn away from.
What can save us, I would learn, never comes without cost.
Some people say lightning strikes cure blindness: This is my version."

- Katherine E. Standefer, from the prologue of LIGHTNING FLOWERS 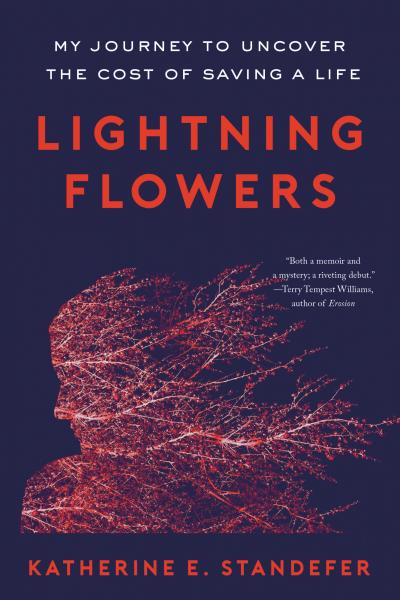 Join us at Off the Beaten Path on June 19th to get your own signed copy of Lightning Flowers!

What if a lifesaving medical device causes loss of life along its supply chain?

That's the question Katherine E. Standefer finds herself asking one night after being suddenly shocked by her implanted cardiac defibrillator. In this gripping, intimate memoir, Standefer tells the story of her troubled relationship to her own ICD, from her harrowing experience in the American healthcare system to her global journey to the mines and factories where the minerals in her device may have originated. Deeply personal and sharply reported, Lightning Flowers takes a hard look at technological mythos, healthcare, and our cultural relationship to death, raising important questions about our obligations to one another, and the cost of saving one life.

(Read an excerpt in The New York Times here.) 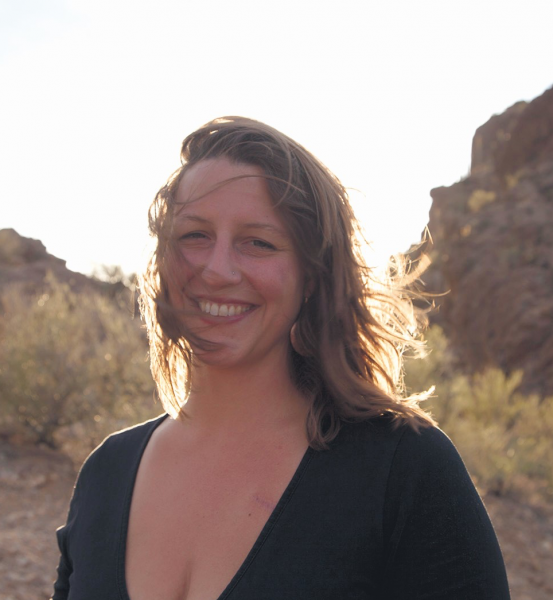 Katherine E. Standefer is the author of Lightning Flowers: My Journey to Uncover the Cost of Saving A Life (Little, Brown Spark 2020).

Lightning Flowers was a Finalist for the 2021 Kirkus Prize in Nonfiction. The book was also a New York Times Book Review Editor’s Choice/Staff Pick and the NYTBR’s Group Text Pick for November 2020. Named one of O, The Oprah Magazine’s Best Books of Fall 2020, it has been featured in People Magazine, on NPR’s Fresh Air, and on the goop podcast. Lightning Flowers was a Finalist for the 2021 Arizona/New Mexico Book Award in Autobiography/Memoir, and shortlisted for the 2018 J. Anthony Lukas Works-in-Progress Award from the Columbia Graduate School of Journalism and the Nieman Foundation for Journalism at Harvard University.

Standefer’s previous writing appeared in The Best American Essays 2016 and was named “notable” in BAE 2017, 2019, and 2020. She won the 2015 Iowa Review Award in Nonfiction. In 2018, Standefer was a Logan Nonfiction Fellow at The Carey Institute for Global Good in Rensselaerville, New York, which advances deeply reported, longform nonfiction about the most pressing issues of our day. She was a Fall 2017 Marion Weber Healing Arts Fellow at The Mesa Refuge in Point Reyes, California, which supports writers working at the intersection of nature, human economy, and equity. A University of Arizona Writing Program Fellowship and more than $20,000 in crowdfunding supported the research in Lightning Flowers.

Originally from outside Chicago, Standefer has spent the last eighteen years between Wyoming, Colorado, Arizona, and New Mexico. She earned Bachelor of Arts degrees in Sociology and English (Fiction Writing) from The Colorado College in 2007.

Standefer has published work in The New York Times, The Los Angeles Times, The High Country News, Virginia Quarterly Review, The Rumpus, New England Review, The Iowa Review, Kenyon Review Online, The Colorado Review, Cutbank, and many other literary journals, as well as the anthologies Beautiful Flesh: A Body of Essays (ed. Stephanie G’Schwind) and How We Speak to One Another: An Essay Daily Reader (ed. Ander Monson and Craig Reinbold).

She currently writes from a juniper- and piñon-studded mesa outside Santa Fe, where she lives with her chickens.

Lightning Flowers: My Journey to Uncover the Cost of Saving a Life (Paperback)