We are proud to be the Official Winter Sojourn Bookseller!

Why buy Winter Sojourn authors' books from Off the Beaten Path?

Join us virtually on January 22, 2022 for Winter Sojourn, a special FREE edition of Literary Sojourn! The program will be hosted on Crowdcast and feature four rock-star authors ... Maaza Mengiste, Mary Roach, Vendela Vida and Master of Ceremonies Jess Walter ... and all that shared magic between authors and fellow book lovers you've come to expect from Sojourn. Link to RSVP on Crowdcast

Maaza Mengiste was born in Addis Ababa, Ethiopia. A novelist and essayist, her fiction and nonfiction stories examine the individual lives at stake during migration, war and exile, and consider the intersections of photography, memory and violence. Mengiste is the author of The Shadow King, a gripping novel set during Mussolini’s 1935 invasion of Ethiopia, which takes us back to the first real conflict of World War II and casts light on the women soldiers who were left out of the historical record. Author Salman Rushdie raves the Shadow King is “a brilliant novel, lyrically lifting history towards myth. It’s also compulsively readable.” Former Sojourn author Andrew Sean Greer calls the book “beautiful, horrifying, elegant, and haunted…a modern classic.” Her debut novel, Beneath the Lion’s Gaze, was selected by The Guardian as one of the 10 best contemporary African books and named one of the best books of the year by Christian Science Monitor, Boston Globe and other publications. Mengiste is the recipient of fellowships from the Fulbright Scholar Program, National Endowment for the Arts and Creative Capital. Her work can be found in The New Yorker, The New York Review of Books, Granta, The Guardian, The New York Times, Rolling Stone and BBC, among other places. She was a writer on the documentary projects Girl Rising and The Invisible City: Kakuma, and is a professor in the MFA in Creative Writing and Literary Translation program at Queens College. 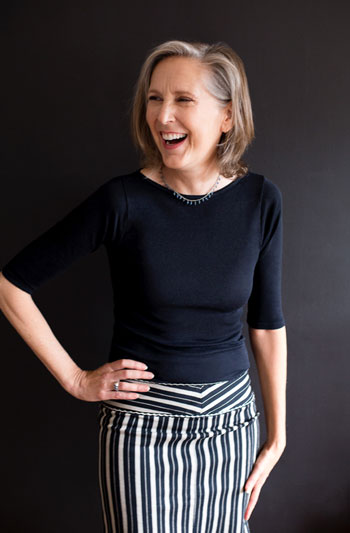 I grew up in a small house in Etna, New Hampshire. My dad was 65 when I was born. My neighbors taught me how to drive a Skidoo and shoot a rifle, though I never made much use of these skills. I graduated from Wesleyan in 1981, and drove out to San Francisco with some friends. I spent a few years working as a freelance copy editor before landing a half-time PR job at the SF Zoo. My office was in a trailer next to Gorilla World. On the days when I wasn't taking calls about elephant wart removal surgery or denying rumors that the cheetahs had been sucked dry by fleas, I wrote freelance articles for the local newspaper's Sunday magazine. Eventually, my editors there moved on to bigger things and took me along with them.

I mostly write books these days, but I still write the occasional magazine piece. These have run in Outside, National Geographic, New Scientist, Wired, and The New York Times Magazine, as well as many others too embarrassing to name. A 1995 article of mine called "How to Win at Germ Warfare" was a National Magazine Award Finalist, and in 1996, my article on earthquake-proof bamboo houses took the Engineering Journalism Award in the general interest magazine category, for which I was, let's be honest, the only entrant. I often write about science, though I don't have a science degree and must fake my way through interviews with experts I can't understand. I also review books for The New York Times.

My first book, Stiff, was an offshoot of a column I wrote for Salon.com. It was sort of a reported humor column, wherein I covered things like vaginal weight-lifting and amputee bowling leagues and the question of how much food it takes to burst a human stomach.

I have no hobbies. I mostly just work on my books and hang out with my family and friends. I enjoy bird-watching--though the hours don't agree with me--backpacking, thrift stores, overseas supermarkets, Scrabble, mangoes, and that late-night "Animal Planet" show about horrific animals such as the parasitic worm that attaches itself to fishes' eyeballs but makes up for it by leading the fish around. 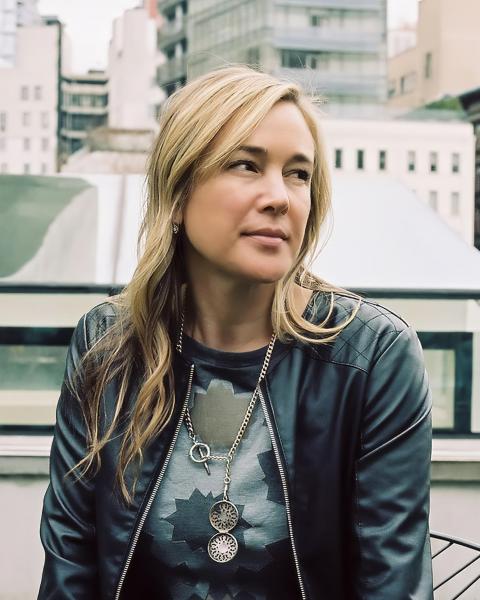 Vendela Vida is the award-winning author of six books, including Let the Northern Lights Erase Your Name and The Diver’s Clothes Lie Empty. Her new novel, We Run the Tides, is a national bestseller. She is a founding editor of The Believer and co-editor of The Believer Book of Writers Talking to Writers and Confidence, or the Appearance of Confidence, a collection of interviews with musicians. She was a founding board member of 826 Valencia, the San Francisco writing center for youth, and lives in the Bay Area with her family.

Coinciding next fall with the release of his brand-new novel, Nothing West of Dead, past Sojourn author Jess Walter returns as our 2020 Master of Ceremonies. A National Book Award finalist for Citizen Vince and winner of the Edgar Allan Poe Award for The Zero, Walter is the author of six novels, one nonfiction book and a collection of short stories. The Washington Post calls him “as talented a natural storyteller as is working in American fiction these days.” Beautiful Ruins was a No. 1 New York Times bestseller and Notable Book of the Year. Salon.com says, "Jess Walter has already proven that he’s one of our great comic writers, a cerebral postmodernist and a savvy plotter of thrillers. Now he has his masterpiece, Beautiful Ruins, an interlocking, continent-hopping, decade-spanning novel with heart and pathos to burn, all big dreams, lost loves, deep longings and damn near perfect." The Financial Lives of the Poets ranked as Time Magazine's No. 2 novel of the year, a book that Esquire called, "brilliant – and brilliantly funny." Kirkus Reviews calls his short story collection, We Live in Water, “a witty and sobering snapshot of recession-era America." His short fiction has won a Pushcart Prize and appeared three times in Best American Short Stories. He was a finalist for the 1992 Pulitzer Prize as part of a team covering the shootout and standoff at Ruby Ridge, in Northern Idaho.

Literary Sojourn is an annual festival of authors and readers celebrating the power of the book. Each fall, an esteemed slate of authors and 500 book lovers from all over the country gather in Steamboat Springs, Colorado. Together they revel in the written word, fueled by award-winning writers who share the stories and inspiration behind their exceptional books.

The Shadow King: A Novel (Paperback)

Beneath the Lion's Gaze: A Novel (Paperback)

Packing for Mars: The Curious Science of Life in the Void (Paperback)

Bonk: The Curious Coupling of Science and Sex (Paperback)

Grunt: The Curious Science of Humans at War (Paperback)

We Run the Tides: A Novel (Hardcover)

Let the Northern Lights Erase Your Name: A Novel (Paperback)

The Lovers: A Novel (Paperback)

Girls on the Verge: Debutante Dips, Drive-bys, and Other Initiations (Paperback)

The Delicate Prey Deluxe Edition: And Other Stories (Art of the Story) (Paperback)

The Cold Millions: A Novel (Hardcover)

We Live in Water: Stories (Paperback)

The Zero: A Novel (Paperback)